We have reached Eastern Ontario, where Faye grew up, where one of her brothers lives, and where we will stay for a while.

“It is all just trees, trees, trees,” we were told. But it was also lakes, lakes, lakes, and was absolutely beautiful. Driving through hundreds of miles of trees we passed scores of lakes of all sizes, many dotted with tree-covered islands. The drive along the northern shore of Lake Superior was particularly nice, sometimes with clear vistas out across the lake and sometimes skirting coves and inlets. (There were more than 300 miles of that!) 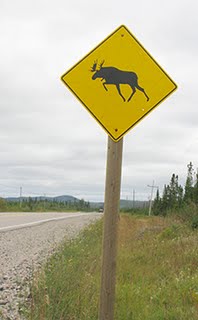 We saw numerous signs warning of moose on the highway, but we didn’t see any. In fact the only notable wildlife we saw were some lake otters scampering across the road from one lake to another. Being surrounded by forest for so many miles, I was surprised we didn’t see more animals.

We left Lake Superior at Sault Ste. Marie, continuing eastward towards Ottawa (capitol of Canada, for non-Canadian readers) and drove along the Ottawa River. On the northern side of the river is the French Canadian province of Quebec.

Though Canada is officially a bilingual country—virtually all packaged goods are labeled in both English and French—in the western provinces there is little recognition of it. In fact, the only officially bilingual province is New Brunswick, one of the country’s eastern, coastal provinces. Quebec’s only official language is French.

But beginning in eastern Manitoba we started seeing more French language signs alongside English signs, and even heard French commercials on English radio stations. (There are French language radio and television broadcasts across Canada.) Winnipeg has a large French-Canadian population, and there is a section of the city that is entirely French. Here in Ontario we are hearing more French spoken (which, unfortunately, we can’t understand.) 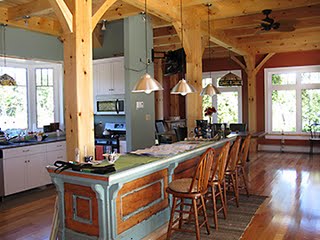 But for now we are spending some time in Ontario with one of Faye’s brothers, who is putting some finishing touches on a new “cottage.”

I put “cottage” in quotation marks because in Ontario the term “cottage” evidently does not imply small or rustic. Faye’s brother’s place is a beautiful and spacious timber frame house nestled in the woods overlooking a lake. It is an idyllic place in a mesmerizing location. But I think we could get used to it. There are plenty of little projects left to do to keep us occupied when we grow weary of cottage life.