I am doing something I never thought I’d do in Guatemala—I am getting dental work done. Several months ago a big chunk of a molar broke off during a poker game. (Maybe I grind my teeth when I am holding a bad hand.) The tooth didn’t hurt so getting it fixed wasn’t an emergency. But it was only a matter of time before the rest of it crumbled. I needed a crown, but at a cost of more than $1000 in the US, that was out of the question. Getting it pulled was more in my price range, but I was reluctant to do that.

I often read the travelers’ forums on the Internet related to places I go (and would like to). In a forum on Guatemala I read some people’s fairly positive accounts of dental work in Guatemala. That came as a big surprise to me. In most of Guatemala, especially in the rural areas, dentistry consists mainly of extraction. I’ve seen long lines of people waiting to have teeth pulled, and I’ve seen a lot of people missing most of their teeth. That is not the kind of thing that inspires confidence. 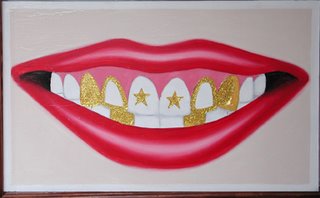 A step above guys with pliers are the dentists who specialize in gold inlays. It seems to be a fashion statement to have stars or even initials embedded into the front teeth. (Lest one be too quick to judge, the Mayas have a long heritage of dental inlays. In the old days the inlays were jade instead of gold. I think the initials are a recent innovation.)

I’m not ready to go for the inlays, but according to what I read there were dentists here who know how to do regular dentistry. So last week I started seeing one who was recommended, a woman. (For some reason there are quite a few women dentists in Guatemala; I don’t know if any in the US though I am sure there are at least a few.)

The ambience of the dental office, and the process in general, seemed quite a bit more casual than in the US. The “office” actually was more like a living room with a couple of dental chairs for furniture. I’m not sure what the second chair was for, since there was only the one dentist. I suspect it was like people who leave their old cars parked beside the house when they get a new one. It looked home made, upholstered in purple plastic.

The chair I was in, as well as the rest of the equipment, while professional, looked like something I remembered from my childhood, which was very disturbing. I had some very bad memories. For some reason as a child I was afraid of having a needle stuck into my gums. I was prone to a lot of cavities and until my teens my very patient dentist filled my teeth without the benefit of anesthetic. Years later a brother-in-law, who is an excellent and modern dentist, assuaged most of my fears, but I didn’t have the same degree of confidence in my Guatemalan dentist, especially after seeing her retro setup.

She was actually very nice and, as far as I could tell, competent. She seemed more motherly than professional, which I had mixed feelings about. One desires to be comforted in such situations. As she worked she pressed her motherly bosom against my head, but it was not as comforting as I might have expected. For one thing the anesthetic she injected into my gums made the side of my face numb, but seemed to have missed my molar. As she drilled my childhood experience came flooding back. If the arms of the chair had not been of hard plastic I am sure the imprints of my fingers would still be there.

(An acquaintance here was telling me about a dental experience he had in Calcutta, India. His dentist didn’t use any anesthetic and kept imploring him to “stop kicking.”)

Anyway, the bottom line is that a crown costs a quarter of what it would cost at home. It is a silver alloy instead of gold; a porcelain-covered version would have cost about $20 more. Though the workmanship may not be as good as some of my existing crowns, as far as I can tell it is fine and will serve me well.