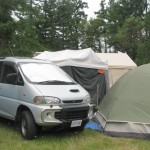 Camping in the Delica

Here’s something from the sorta travel related department– I did a road trip in the new (to us) Delica down to the Oregon Country Fair, near Eugene (unfortunately Faye had to stay home and work). It was a test of the vehicle (ran fine) and the camper modification I did to it (needs some fine tuning). 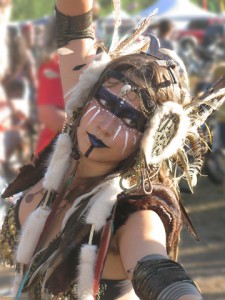 And, of course, it was a chance to immerse myself in three days of altered reality, the kind that reconnects me with various parts of my past. For those not familiar with the Oregon Country Fair, its roots go back to the counter-culture 60s. For more than 40 years the Fair has been a place where people can let their hair down, so to speak. Costumes are encouraged, clothing is pretty much optional. 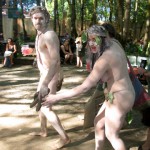 It is hippie heaven, but remarkably well organized, which is an oxymoron.But it works. Forested paths, lined with hundreds of food and craft vendors, connect meadows and more than a dozen stages and venues where there is a constant stream of music and performers.

There were an estimated 45,000 people at the fair. Saturday, the peak day, felt a bit congested at times. But it was the sort of crowd that was even more fun up close and personal. 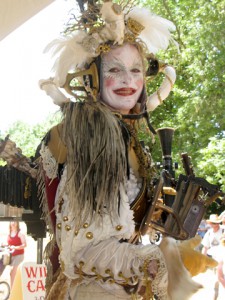 Speaking of the counter-culture 60s, the second incarnation of Ken Kesey’s famous bus “Further” was on display just outside the fair. (Kesey’s son, Zane, was there and said the original bus, which has been deteriorating in a swamp on Kesey’s farm in Oregon since the late 80s, is being restored.)

Say it with red.

Even though Kesey bought the second bus in 1990, it was given a psychedelic paint job by Kesey and some of the original Merry Pranksters, and is about as iconic of the 60s as anything. 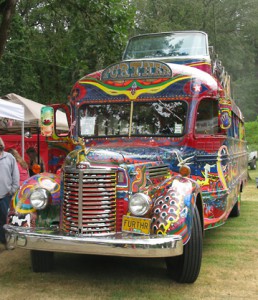 That psychedelic bus felt like a link back to a time when we thought we could change the world, back when peace, love and understanding didn’t seem ridiculously naive. I guess at the Fair, for a few days, it all seemed possible once again.

The Joker makes a point.

There is greeting common at the Fair, and other similar gatherings: Welcome home. That’s what it felt like.