In a few days we will be moving to Canada. My wife, a Canadian, will be going home. I will be leaving the U.S. to become an expatriate. Seems like the right move for both of us. 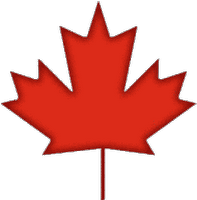 We’ve been asked many times recently why. The short answer is: because we can. For my wife, of course, it is just a matter of going back across the border. For me it was a matter of some paperwork and fees; spouses are granted immigrant status pretty freely. (In general Canada seems more favorably disposed to immigrants than the U.S.)

But when we are asked why we are moving to Canada, the real question is why do we think it is better there than the U.S.? Even amongst my fellow liberal friends for whom criticizing this country is not just a right but an obligation there is often the unspoken assumption that the U.S. is, for whatever flaws it has, the best country in the world. It is an assumption that we all grew up with, but it has been harder and harder to take that for granted, even for those who have never been out of the U.S.

I was ready to leave right after the last presidential election. Before the election I viewed it as a chance to rectify the coup that put Bush into the White House in 2000. Plenty of people think the second election was as rigged as the earlier one. But after the 2004 election I figured that regardless of which candidate got exactly how many votes, pretty close to half of the American voters chose George Bush. That was the first time this country started not feeling like home to me. I felt alienated. I looked at everyone around me and wondered who had voted for four more years of the Bush regime. In my trips outside the country I could no longer urge fellow travelers to make the distinction between the U.S. government and the American people. This time around people knew more than enough about George Bush, and they voted for him anyway. I guess it is true that we get the government we deserve.

We have become a fearful nation, all too eager to give up our cherished values of personal liberty, tolerance of individual differences and open embrace of visitors and emigrants from around the world in exchange for promises of security. The Bush regime vowed to do whatever it took to keep us safe from terrorists, and we said, sure, go ahead, do whatever it takes. The destruction and occupation of Iraq, the atrocities of Abu Ghraib, the twilight zone of Guantanamo where the Constitution, Geneva Conventions or common decency does not apply, a wall to keep out Mexicans, warrantless wiretapping of Americans. There are evidently hundreds of thousands of names on the “No-Fly List” and the Department of Homeland Security has been adding names to it at such a rate that before long everyone’s name will be on it. All this and more to keep us “safe” from terrorists.

For nearly all the years of the Bush regime I have felt like a battered wife, unwillingly complicit in what the government was doing to me, and to others in my name. Like a battered wife, though I wanted out, I stayed because of one reason or another, hoping things would change.

Of course it is always difficult to leave friends. And the area where we live is an oasis of culture, art and liberal attitudes. Needless to say, if the rest of the country was like our little neck of the woods we probably wouldn’t be leaving. In a way it feels like we are being driven out.

Ironically, one reason for staying as long as we have was so my wife could get U.S. citizenship. It was a defensive move. We will always have ties to the U.S., and it would be difficult to avoid even if we wanted to. But the way things have been going we wanted her to have the rights of citizenship, presumably making it less likely that someday she would be turned away at the border, not allowed to enter because she was a foreigner. She became a U.S. citizen a little more than two weeks ago, and we started packing.

There is another, more immediately compelling reason we are leaving the U.S. for Canada: health care. Canada has universal health care, the U.S. doesn’t.

Health insurance last year cost us nearly $9000. And that was just health insurance. Actual health care was in addition to that. Insurance premiums go up every year, and the only way to keep them affordable is to reduce benefits and raise the deductible. I calculated that my medical expenses would have to exceed $10,000 a year before having insurance was cheaper than just paying for health care out of my pocket. So I canceled my health insurance.

Without health insurance, or with insurance and a high deductible, every medical problem is a calculated risk. Is it worth the money just to find out whether there is anything to be worried about? I usually tough it out and hope the problem goes away.

Not long ago I went to the doctor to have him check something I thought might be skin cancer. He didn’t seem to have any better idea than I did, but “to be safe” he froze the spot–and charged me $250. The next time I found a questionable spot I froze it off myself with a wart removal kit from Wal-Mart. I began to wonder what other medical procedures I could do for myself.

The Canadian system is not perfect, but every single person is covered, whether or not they can afford the premiums ($96 a month for two people in British Columbia). No deductibles, no fear of bankruptcy, no debating whether or not to go to the doctor to have something checked out.

My wife was a child in Canada when her country adopted universal health care. She says she remembers how relieved her parents were to know that they didn’t have to worry about being able to afford treatment for their three children. She has been scandalized by my deliberations whether or not to go to the doctor about problems. Where she grew up if there was a problem you went to the doctor. Period. She has learned the hard way that doing that in the U.S. can be remarkably expensive.

In the U.S. there are a lot of misconceptions about the Canadian health care system. The other day a woman said to me “Don’t they pay 70% income tax up there?” The answer is no, they don’t. Actually the income tax rate is not much different than in the U.S. For example, someone earning $75,000 will pay about 25% income tax, federal and provincial (link). In the U.S. just federal taxes would be about 25%; state taxes would be additional.

Sales taxes can be steep, but people with low incomes can file to get some of that back.

Other criticisms of the Canadian health care system include rationed treatment, long wait times, and having to drive long distances for certain operations/treatments. There is some truth to those things, particularly the latter. Canada is larger than the U.S., but with a population (and GDP) less than California. Everything is more spread out and for those living in more sparsely populated area getting open heart surgery or a hip replacement will probably mean traveling to the nearest metropolitan center.

The story on wait times is similar. Emergencies are treated quickly, elective procedures take longer. On the other hand there are numerous walk-in clinics where minor problems and ailments are treated immediately.

Obviously I don’t have any first-hand experience with the Canadian health care system and may revise my opinions one way or the other. I have plenty to learn about Canadian life in general and I am looking forward to that. For the most part Canada doesn’t seem much different from the U.S. My wife insists there are significant differences. An important part of Canadian identity seems to be the conceit that they are not Americans, and that they are “nice” (also in contrast to Americans). It comes off as an unbecoming smugness.

But aside from that, Canadians seem to be pretty content with their country, and civil to each other– kind of like the U.S. was many years ago. My wife says she feels a sense of relief when she goes back to Canada, and I have felt it too. It is a little odd, and I wonder whether I’ll miss the “edge” of American social interactions. I’ll have to mellow out a bit; I don’t want to hurt any innocent people.

So, by this time next week we should be more or less settled in the town we’ve chosen to live in. It is bit of a resort town with many events and festivals during the year. One of the first after we arrive will plunge me right into the heart of the Canadian soul—the Elvis Festival. Can’t wait!