As of yesterday I am a Canadian citizen. I suspect there are some on both sides of the border with mixed feelings about that, but I feel good about it. And I think my Canadian grandmother would be proud.

She left eastern Canada in 1904 on a train bound for California with her husband and six kids, including my infant father. For the rest of her long life (93 years) she continued to consider Canada home and wrote long, sappy poems about her longing to return. She never did, but a few years ago I returned there and found a few living relatives, as well as many more buried in old cemeteries.

Yesterday I joined 62 others—from 19 different countries—in the citizenship ceremony. After a rousing and welcoming speech from the presiding judge we all raised our hands and pledged our allegiance to…the Queen of England. OK, she’s technically the Queen of Canada too. But it made me feel rather cosmopolitan. She seems like a nice lady. The wording also included “…her heirs and successors…”, which I took to specifically refer to Kate Middleton. If Kate ever needs my help, all she has to do is ask.

One of the things I find particularly appealing about Canada is its ethnic diversity, particularly in the cities. Canada is generally welcoming of immigrants. One in five Canadian citizens are foreign born, with plenty more foreigners living in the country as permanent residents. The UK leads the list, followed by China and India. I miss Mexicans, who are way down the list.

But it seems to me that Canadians like to think of themselves as benefactors to the less fortunate, those who come to Canada to escape political and religious unrest, or from underdeveloped countries seeking economic opportunity. There is clearly some ambivalence towards Americans whose motives are less clear. To be fair, Americans don’t add much as far as diversity goes. There is plenty of American cultural influence here—probably too much—but it has next to nothing to do with the number of American-born citizens and residents living in the country.

While I’d like to say I moved to Canada from the US to fulfill my grandmother’s dream, or to connect with my Canadian heritage, the actual reasons were more traditional—political and economic. During the Bush years I gave up hope that the US could be the kind of place I wanted to live, or felt I belonged. Part of what I realized in my middle-aged years was that there just wasn’t enough time left. And there was a pretty good chance things were going to get even worse.

The second reason was the American healthcare system, which I simply couldn’t afford. The system worked well enough for the wealthy and well-employed, but for way too many others “health care” was little more than crisis management, if that. Particularly as I got older, I felt it was only a matter of time before the healthcare system would harvest whatever assets I had, then let me die. That’s no way to live.

My wife is Canadian, so moving to Canada was an easy decision. But I felt very fortunate because Canada would have been my first choice in any case. Canada has long been regarded as civilized, sane and friendly, as well as politically and culturally liberal (though that has changed a bit in recent years…)

And then there is the Canadian healthcare system. I’ll have more to say about that some other time, but for now I’ll just note that it is a tremendous relief to know that if/when I have a health issue I can have it treated without having to check my bank account. Very civilized.

I’m still a US citizen, of course. Both countries allow dual citizenship. For me that feels right, since I have roots in both countries. While the US portrays itself as a melting pot, Canadians make much of the idea that Canada is more like a tapestry, or tossed salad—ethnic and cultural differences are not erased, but combine to make the country what it is. I may never entirely “fit in” here, but at least now I feel more like I am where I belong.

Obviously the blogging between trips didn’t work out–it has been one year since the last post. “Normal” life, whatever that is–when we’re not traveling, I guess–just has not seemed interesting enough to write about. And for a few reasons, we didn’t get away this winter. So that accounts for the absence of blog posts between now and this time last year. Not that there haven’t been some interesting developments. The last post was just before the election here in Canada. From my perspective, things did not go well. The Conservatives won a majority–by a slim margin, but it was enough. … END_OF_DOCUMENT_TOKEN_TO_BE_REPLACED 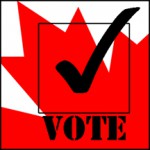 There seems to be a political restlessness sweeping the globe. Uprisings in the Middle East and Northern Africa have captured headlines and left analysts scratching their heads. What’s going on? Now yet another poorly organized opposition in an oil-rich country has risen up demanding a change of leadership, this time closer to home. Well, to be exact, it is home…Canada. That’s right, a rag-tag coalition with a mixed agenda, led by a scrappy Liberal intellectual, Michael Ignatieff, is demanding that the Conservative government of Stephen Harper submit itself to the judgement of the Canadian people. (And by “scrappy” I mean … END_OF_DOCUMENT_TOKEN_TO_BE_REPLACED

When did we become such cowards? What is the big deal about bringing the prisoners at Guatanamo to the US? The US has more prisoners per capita than any other country. If there is one thing we know how to do it is incarcerate people. This letter sent to Talking Points Memo from a Dutch reader puts it rather succinctly: If you live outside of the US, or the US centric bubble. then the incredible stupidity of the this viewpoint is obvious. Where does the World Court reside? It resides in the Hague in the Netherlands. the Netherlands has a … END_OF_DOCUMENT_TOKEN_TO_BE_REPLACED

I had every intention of following up my last post, a parting shot at the outgoing administration (I’m averse to even naming it now), with a forward-looking piece on the implications of the new Obama administration. But a warm glow settled over me and I dozed off. My blissful state was slightly disturbed by Obama’s recent unsuccessful attempts to tango with Congressional Republicans over the Stimulus Bill. That will teach him to dance with the one who brung him. The Bill passed anyway, so who needs ‘em? Maybe next time Congress can get things done with less drama. The Republicans … END_OF_DOCUMENT_TOKEN_TO_BE_REPLACED