Game of Thrones fans will know the significance of that title. For those who don’t, it means “All men must die.”

On the rare occasions I have thought about dying I’ve fantasized that I’d be in an exotic place with a rare (but not too painful) disease. Or better yet, caught in the crossfire in some senseless regional scuffle. At least something that would make a good story. But it looks like the reality will be much more mundane. I have joined the “C” Club—I have cancer. 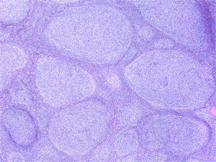 Actually, I have two kinds of cancer for good measure—melanoma and lymphoma. I am considering adding some other ailment just to eliminate any uncertainty as to how this is going to turn out. The leading contender at the moment is liver failure.

A couple months ago I had a suspicious mole removed; since then there have been a series of medical consultations, tests and procedures—and a lot of good news/bad news revelations. The mole didn’t look too serious at first (good news); but it turned out to be malignant (bad news); but after a little additional surgery and a test it appeared the melanoma had not spread elsewhere (good news); but while there was no sign of melanoma, the test showed that I had lymphoma (bad news); but it was a slow-growing type that wasn’t likely to kill me right away (good news); but it was most likely incurable and would probably kill me eventually (bad news).

So far I feel fine and have only minor symptoms. Chances are fairly good that I will live 10 years, possibly longer. I could go several months, or even a few years without needing treatment. Or it could go the other way. You never know with cancer.

For those who want a more specific description, the melanoma is stage 1b, which is almost as good as it gets. Might cause trouble down the road, but it’s OK for now.

The lymphoma is less straightforward; there are many different kinds. What I’ve got is follicular lymphoma. It is an indolent type of non-Hodgkin’s lymphoma, meaning it is slow growing. So far it looks like it has not spread much. Statistically about 70% of those with that diagnosis are alive in 10 years.

While there is little expectation of curing this kind of lymphoma, the treatment options are pretty good, and steadily getting better. I am very fortunate to live near a major cancer facility and I have a good team of doctors keeping an eye on things. And as a beneficiary of the Canadian health care system I can focus on dealing with this disease and not on how I am going to pay for it.

No doubt this seems like quite a reversal of fortune from my last post. But I knew about this when I wrote about becoming a Canadian citizen; that was a good thing, and I didn’t want to detract from it by getting into this subject.

A few days after the citizenship ceremony I went into the passport office to get a Canadian passport. In a burst of optimism I spent the extra money to get one good for ten years. My theory is that I won’t expire until my passport does. I don’t think my traveling days are over. Maybe I’ll go someplace risky where there is still a chance I’ll be shot under interesting circumstances.